Woman for Sale is a collaboration between LA-based artists Mirabelle Jones and Daisuke Okamoto of Okaina Image that explores the female form as both subject and object. All proceeds from the sale of the 12 prints in the series have gone to raise funds for shelters in California for victims of sex trafficking.

What is Sex Trafficking? Every year, nearly 25,000 women and children are trafficked in the United States for the purpose of sex. However, there are only 529 beds in shelters exclusively dedicated to victims of sex trafficking. San Francisco, San Diego, and Los Angeles are 3 of the 13 top ports for human trafficking.

Confronted and disturbed by these facts, we decided to launch a project to raise funds for shelters for victims of human trafficking while raising questions about the objectification of women both in the art world and everyday life. 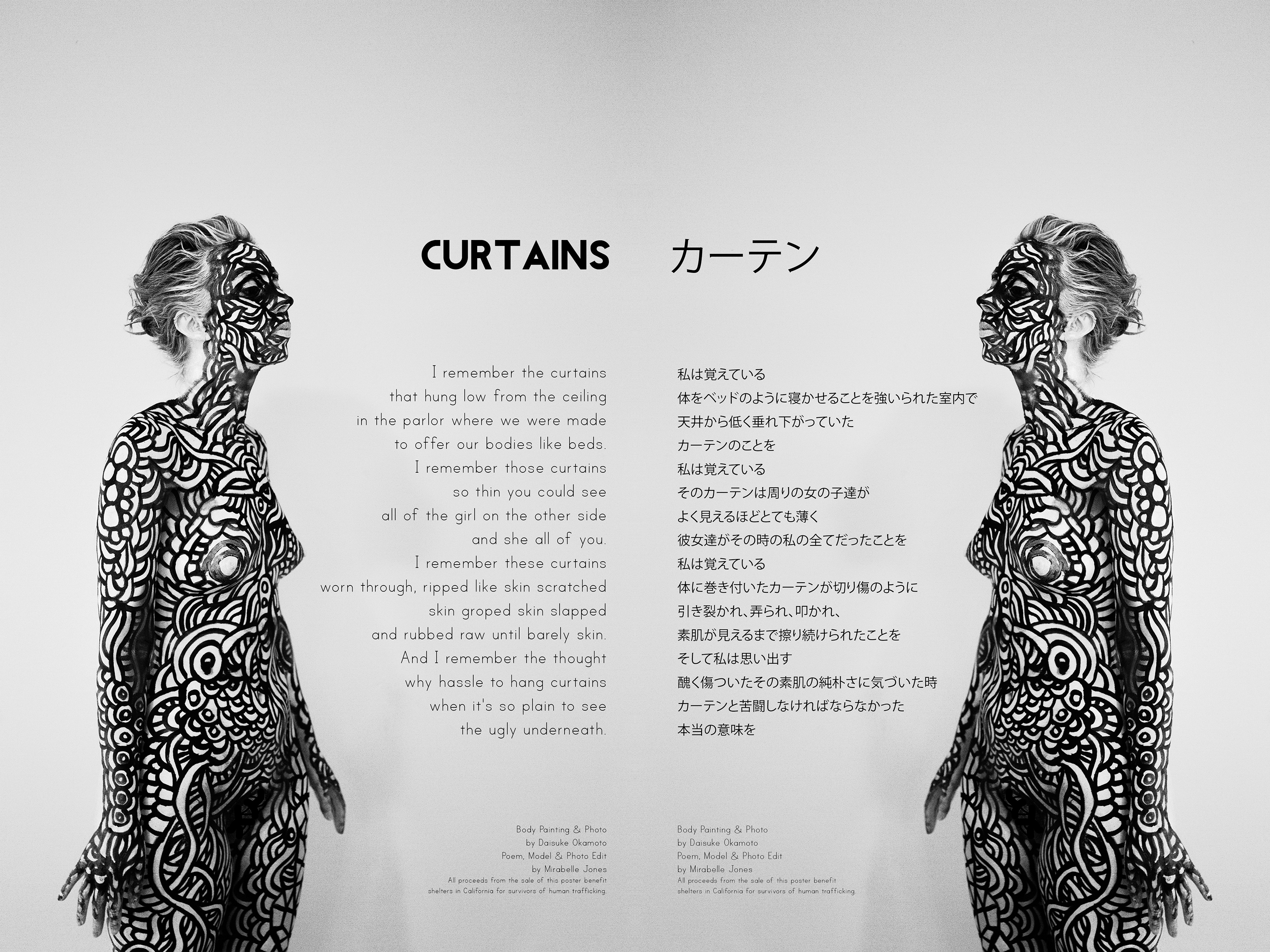 Woman for Sale is concerned with the objectification of the female form in relation to the sale of women’s bodies both visually and physically. The project asks: in which capacities within our society does a woman become the object of sale? How does this reality influence the value of women in contrast to the value of men and what are the effects of this disparity?

These questions are vital to an investigation of gender inequality in male-dominant sectors of employment, as well as female-dominated sectors including the field of sex work and the demand for women as instruments of sex as well as greater questions about how erupting this binary may produce greater equality and fairer treatment for persons of all gender. These questions cannot be divorced from an investigation of the role of gender in the art world, including the depiction of women in artwork, the objectification of women artists, and by extension the collection of women-produced artworks.

Woman for Sale makes explicit this relationship by rendering the female artist the artwork itself and demanding that the sale of these artworks benefit women who have been objectified in the extreme. 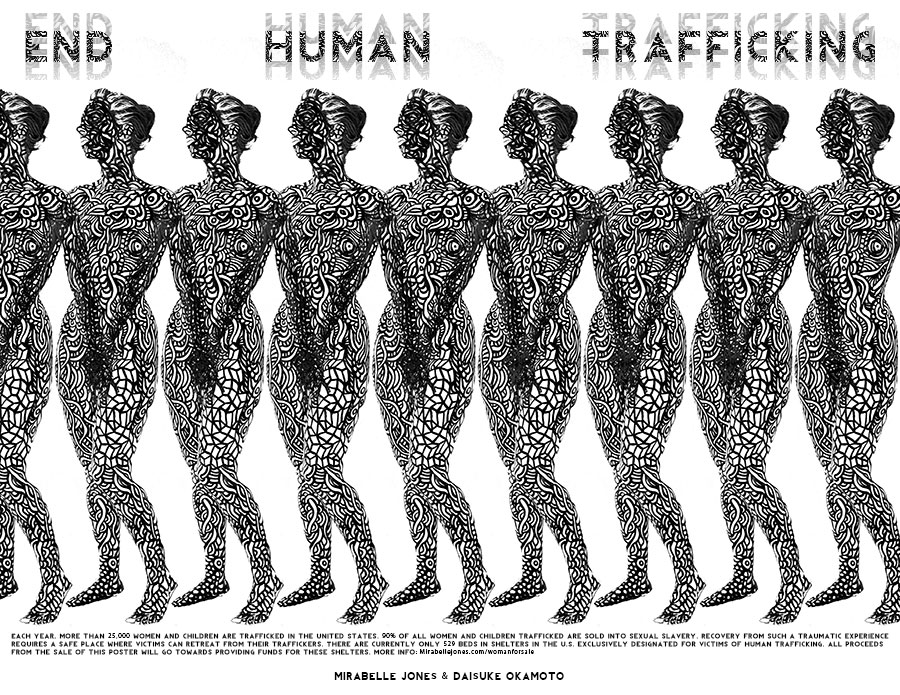 Project Background: To produce this series of ten photographs, two posters, and the accompanying artists’ book Curtains, I was painted completely white, and then painstakingly hand-illustrated (directly on my skin) according to Okamoto’s both spontaneous and organic style.The body painting took a total of 8 hours to complete. At several points, I grew faint and nauseous and we decided to complete the process of the body painting outside where I was faced with the issue of exposure and becoming a work of live art.

Considering the United States and Japan are two of the largest destinations in the world for victims of sex trafficking (also represented by the nationalities of the artists themselves), the poem “Curtains” has been translated into both Japanese and English for the poster version of Curtains. Special thanks to Yuki Toy for translation.