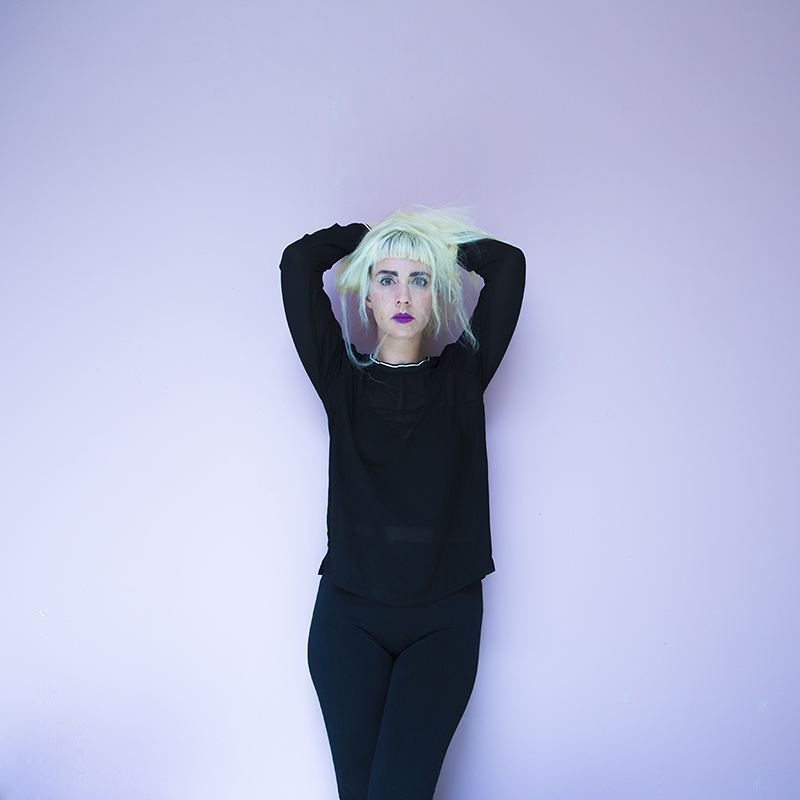 Mirabelle Jones (they / them) is a queer, non-binary creative technologist, educator, researcher, and transdisciplinary artist focused on the development of interactive and immersive storytelling technologies, educational activism, and ethical AI practices through a lens of intersectional data feminism. In their practice, they design and develop immersive art installations, biofeedback wearables, educational toolkits, mixed reality sculptures, endurance performances, artist’s books, and AI and machine learning-based artworks. They are a PhD candidate at The University of Copenhagen in the Department of Computer Science within the Human-Centered Computing section exploring ethics and AI through creative critical technical practice. They are an affiliate of metaLAB Harvard. They are the founder and curator of AI Performance Space, an online gallery for performance artists around the world working with artificial intelligence. They are a member of Women in Hardware and The Building Trustworthy AI Working Group of Mozilla Festival.

Jones possesses an MFA in Book Art and Creative Writing from Mills College and a BA in Literature from the University of California, Santa Cruz which informs their narrative-centered creative process. They have taught graduate-level interactive art courses at HackadayU and Codame Art & Tech as well as workshops for metaLAB Harvard, Radiona, Catch: Center for Art, Design, and Technology, Gray Area Foundation for the Arts, and Artsformation among others. Previously, they served as a Senior Designer / Developer of Interactive Technology for the award-winning immersive arts collective Meow Wolf. They are the founder of Art Against Assault, a grassroots initiative encouraging the development of creative works which promote advocacy and raise funds for sexual assault and domestic violence survivor resources. Jones’s works have most recently been featured at Harvard Art Museum, Catch: Center for Art Design and Technology, ATA Gallery, Museum Meermanno, the Center for Performance Research, and the Finnish National Opera and Ballet’s Opera Beyond competition. Their works appear in several collections including the One National Gay & Lesbian Archives and the Center on Contemporary Art’s historic Hear Our Voice (the Women’s March on Washington) collection as well as the special collections libraries of the School of the Art Institute Chicago, Syracuse University, University of California Berkeley, University of North Carolina at Chapel Hill, Mills College, and the University of Northern Texas.

Their performances and visual works have been heralded by the Huffington Post, ArtNet, Ms. Magazine, Techtopia, Ingeniøren, Bustle, ATTN, Refinery29, Mic., Sleek Magazine, Feminist Magazine, Deutsche Welle, Google News, Yahoo News, and elsewhere. They have received awards and recognition from the Creative Europe Programme of the European Union, Nordic Summer University, the Pollination Project, the Amplifier Foundation, the KALA Arts Institute Fellowship and the College Book Arts Association. They have been a guest speaker and presenter at arts institutions around the world including MIT, Aalborg University, the University of Gothenburg, School of the Art Institute in Chicago, Rhode Island School of Design, and Maryland Institute College of the Arts. They are a former Artist-in-Residence of Catch: Center for Art, Design, and Technology, Women’s Studio Workshop, KALA Art Institute, Codame Labs, University of Illinois (Unit One), Hive Gallery, and Arts Everywhere at UNC as well as a former Recurser.

Originally from Oakland, California, they are now permanently based in Copenhagen, Denmark.

Mirabelle Jones is a queer, non-binary creative technologist, interdisciplinary artist, and researcher based in Copenhagen investigating critical, creative practices in technology. Their work explores the immersive storytelling potential of sensors, spatialized sound, LEDs, animatronics, XR, wearables, artificial intelligence, natural language processing and computer vision. They are a PhD candidate at The University of Copenhagen in the Department of Computer Science (DIKU) within the Human-Centered Computing section and possess an M.F.A. in Book Art & Creative Writing from Mills College and a BA in Literature from UC Santa Cruz. A proponent of STEAM education and interdisciplinary development, they are a frequent speaker on the subject of accessible, ethical, and feminist design practices. Their works have most recently been featured at Catch: Center for Art, Design, and Technology, ATA Gallery, the Museum Meermanno and the Center for Performance Research and appear in several collections including the One National Gay & Lesbian Archives and the Center on Contemporary Art’s historic Hear Our Voice collection. Their performances and visual works have been heralded by the Huffington Post, ArtNet, Ms. Magazine, Ingeniøren, Bustle, ATTN, Refinery29, Inquisitr, Mic., Sleek Magazine, Feminist Magazine, Deutsche Welle, Google News, Yahoo News, PBS, Roundtable Journal, Tip, Berliner Zeitung and elsewhere. MirabelleJones.com