This poster, originally featured on the I Am Not An Object Tumblr, includes excerpts of real-life street harassment experiences gathered from Hollaback! and in-person interviews. The poster was designed in September 2012 and within six months went viral. Visitors to the site were encouraged to “print, paste, and pass along” with the result that the poster appeared on college campuses, at bus stops, and in cities across the country. The poster was selected by the Amplifier Foundation to be featured in the Women’s March on Washington in 2017, printed over 500 times, and was shortly thereafter included in a showing of selected posters documenting the march at the MOCA. 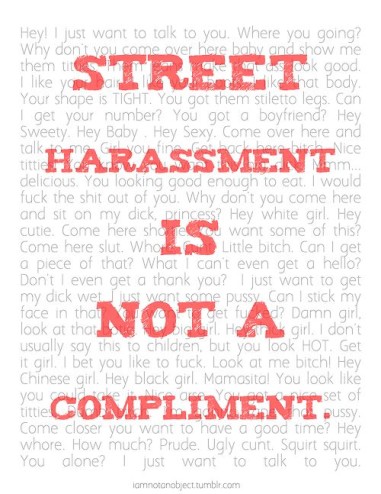